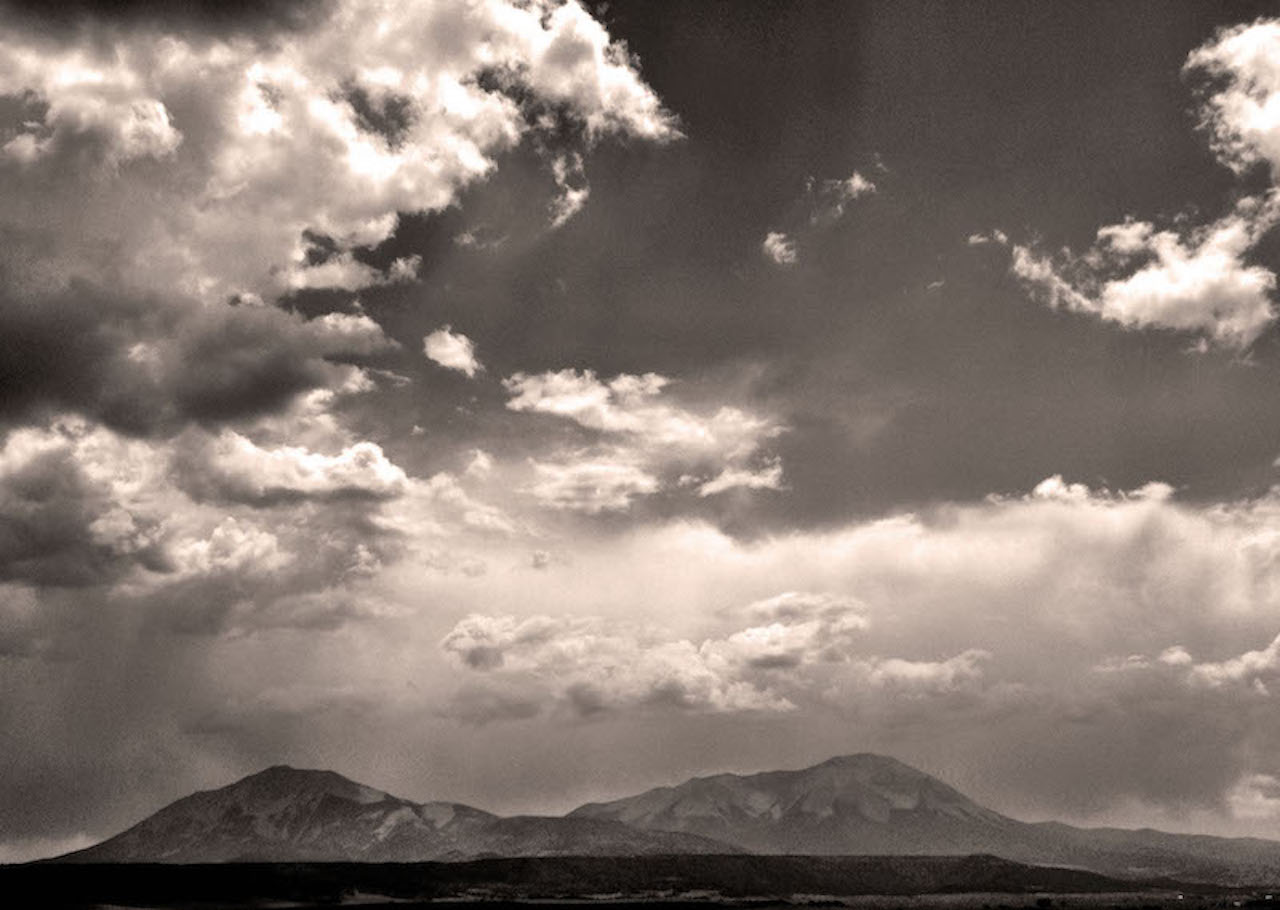 The East Peak rises to 12,683 feet; the West Peak is nearly a thousand feet higher, at 13,625 feet. Two enormous pyramids reflecting the azure of the Colorado sky.

The geological highlights of the Spanish Peaks are the immense and stunning walls of rock, or dikes, that radiate from the peaks for miles at widths from a foot to 100 feet. The largest, the Big Wall, stretches 14 miles from the West Peak toward the town of La Veta, looking like a natural version of the Great Wall of China.

Dikes are rock walls that formed 25 million or so years ago when volcanic activity broke cracks in the earth—earthquakes—through which lava flowed, filling the gaps with molten rock, which then dried, creating underground walls. The bigger the quake, the bigger the dike. As the ground eroded, the walls began to emerge, and through millions of years, the resulting structures, the dikes, grew into formations that are the focal point of the land around the peaks.

Some dikes remain underground, some barely break through the earth, and some create awe-inspiring ramparts that dominate the landscape like mythical vestiges of an ancient land. Scientists come from around the world to study these geological marvels and have counted at least 400 separate dikes around the two peaks.

The Comanches and Utes who once lived here believed the mountains were sacred and those who lived in their shadow were blessed. It feels holy here. And after the East Peak fire of 2013 burned 13,500 acres of the mountain’s mostly forested land, we’re praying for a resurrection. Our prayers are not being answered the way we’d hoped.

This is the introduction to Burn Scars: A Memoir of the Land and Its Loss, a chronicle of the 2013 East Peak Fire and its aftermath on the land and its creatures, including the people whose lives it forever changed.